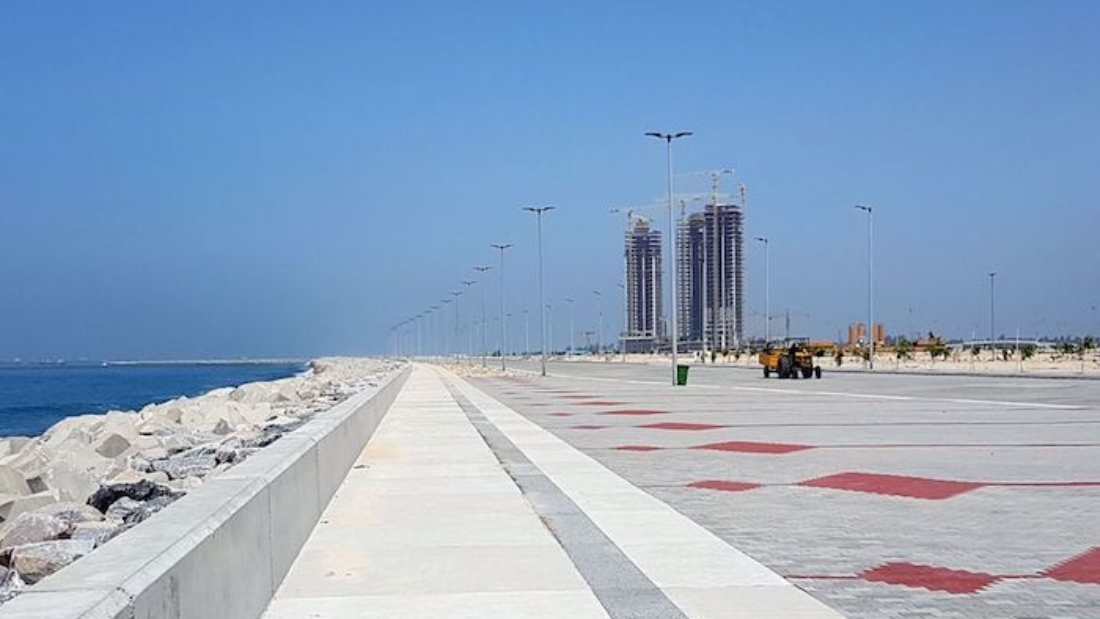 At a time when many developments are struggling to get off ground as a result of Covid-19 impact and general slowdown in economy, investment interest in Eko Atlantic City in Lagos remains high.

This interest is not affected either by the high land price in the city which is way ahead of what obtains in adjoining highbrow neighbourhoods such as Old Ikoyi, Victoria Island and Lekki Phase 1, meaning that the city has values and attractions that investors find too hard to resist.

Sitting on 10 million square meters of land reclaimed from the Atlantic Ocean, Eko Atlantic is Nigeria’s most ambitious new city located adjacent to Victoria Island in Lagos. It is planned to be a self-sustaining city that will be home to 300,000 residents with 250,000 others expected to work in the city.

The city is protected from ocean surge or other adverse environmental issues by a sea wall known as Great Wall of Lagos, measuring nine metres above sea level, 85 kilometres long and 46 kilometres wide.

Right from inception, investors have shown interest in the project and confidence in the developers, South Energyx Nigeria, and their ability to deliver a world class city.

“More people are beginning to recognise that the project is for the future and would become one of the major cities in the world,” David Frame, managing director of South Energyx, noted during a tour of the project recently.

This, more than anything else, explains why investors have continued to flock to the city.

In spite of this price differential, about 70 per cent of land in phases one and two of Eko Atlantic has been sold out, according to Frame.

Also, 50 per cent of the reclaimed areas in phases 1, II and II1 have infrastructure such as road, bridges, streetlights, wastewater treatment plants, sewage, and canals.

This shows the unimaginable level to which good infrastructure can drive demand in real estate.

It draws yield-hungry investors like the sweet-smelling nectar draws insects to a flower. Infrastructure is key.

“90 percent of the needed infrastructure in phase 1 has been completed, 70 percent in phase 2 and about 20 percent in phase 3,” the managing director disclosed, adding that phases 4, 5 and 6 of the city were on the way while they were considering starting sand-filling for phase 4 soon.