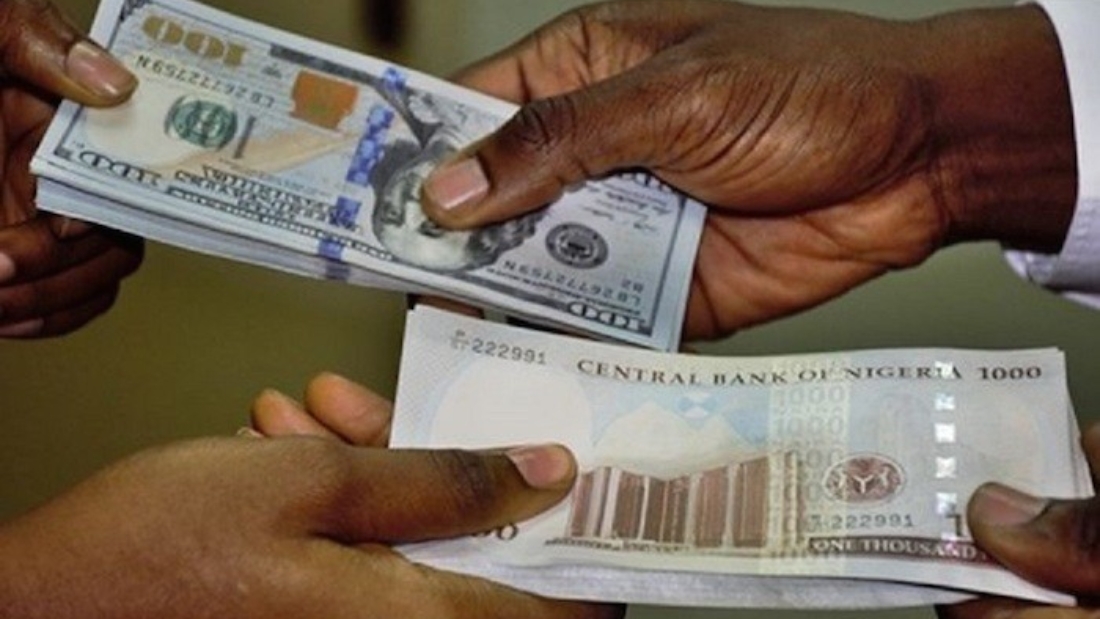 Nigeria’s currency, Naira, on Monday gained 0.21 percent in its value against the dollar, which closed at N409.13k compared to N410.00k closed on Friday at the Investors and Exporters (I&E) forex window.

The naira appreciation was attributed to moderation in the demand for the dollars by the end users who buy to meet their import obligations.

Currency traders who participated in the trading on Monday maintained bids at between N400.00k and N410.50k/$, data from the FMDQ show.

The daily foreign exchange market turnover declined by 57.42 percent to $30.84 million on Monday from $72.43 million recorded on Friday.

Exchange rate remained flat at N485 at the Bureau De Change (BDC) segment of the foreign exchange market and the parallel market.

The money market on Monday, the Nigeria Treasury Bills secondary market closed on a flat note, with the average yield across the curve remaining unchanged at 4.22 percent, according to a report by FSDH Research. Average yields across short-term, medium-term, and long-term maturities closed at 2.47 percent, 3.95 percent, and 5.34 percent, respectively.

In the Open Market Operation (OMO) bills market, the average yield across the curve decreased by 6 bps to close at 6.49 percent on Monday as against the last close of 6.55 percent. Buying interest was seen across long-term maturities with average yield declining by 8 bps.

However, the average yields across short-term and medium-term maturities remained unchanged at 4.21 percent and 5.86 percent, respectively.

Yields on 13 bills compressed with the 12-Oct-21 maturity bill recording the highest yield decline of 32 bps, while yields on 12 bills remained unchanged.