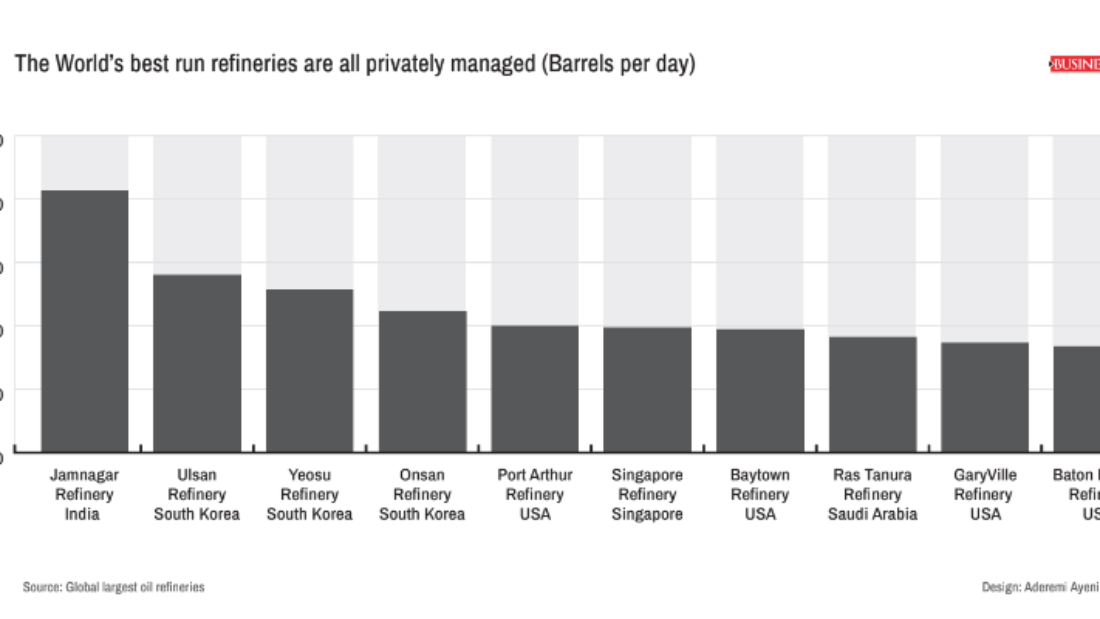 Nigerians are enraged over government’s plan to spend $1.5 billion (about N570bn) on the repair of one of its derelict and unprofitable refinery.

The government’s long history of wasteful spending on turnaround maintenance on its struggling refineries triggers a feeling of bitterness in the hearts of many whenever the government says it wants to pump more money into them.

They question why the government is throwing money it does not have into a venture that is entrenched in a culture of waste and has gulped far too much public funds with nothing to show for it. Its inflated payrolls also contribute to the non-competitive cost of fuels produced.

Many are in awe of how a cash-strapped government that has been knocking at the door of the World Bank for a $1.5 billion loan since last year is able to turn around and spend a similar amount on merely repair works on one dying refinery, an effort history suggests will be futile.

To put the planned repair into context, the government wants to spend $1.5 billion on a refinery that has never operated above its 200,000bpd capacity, whereas Shell sold a more efficient and profitable refinery with a capacity of 157,000bpd in California for $1.2 billion last year.

The complex nature of running refineries is why experts have called on the government to privatise them rather than seek to hold control and continue splashing cash on them.

“Refineries are one of the most complex facilities to run, they are capital, technology and management intensive operations, yet low margin,” Olagoke Balogun, former processor operator at Chevron with 13 years experience in the refining business, tweeted on Thursday.

Balogun noted, “Aside from corruption, the Nigerian state is grossly incompetent to run such complex operations even if they wanted to.”

It is not the first time the government is carrying out rehabilitation works on its cash-guzzling yet unprofitable refineries.

Over the past 12 years, Nigeria tried and failed four times to crank up its aging crude-processing plants.

The West African country of about 200 million people still imports more than 90 percent of products like petrol, diesel and kerosene, swapping crude oil for refined petrol, kerosene and aviation fuel.

Despite the repeated failure to breathe life into the refineries, the state-run energy company, NNPC, is giving it another shot, ignoring global examples on how to run a successful refinery.

Globally, most refineries are privately owned and run on razor-thin low margins in order to realise the highest returns.

Refinery managers seek to pay the lowest price for crude oil, maximise the yield of the higher value products, control operating costs and receive the highest price for its refined products on a sustained basis.

Nigeria’s refineries, which have overtime struggled to operate at 10 percent capacity utilisation, are however unable to operate on these four basic principles.

They currently pay international prices for crude oil, are unable to control operating costs, and cannot maximise the yield on the high-value product (petrol) because they receive the lowest prices for it.