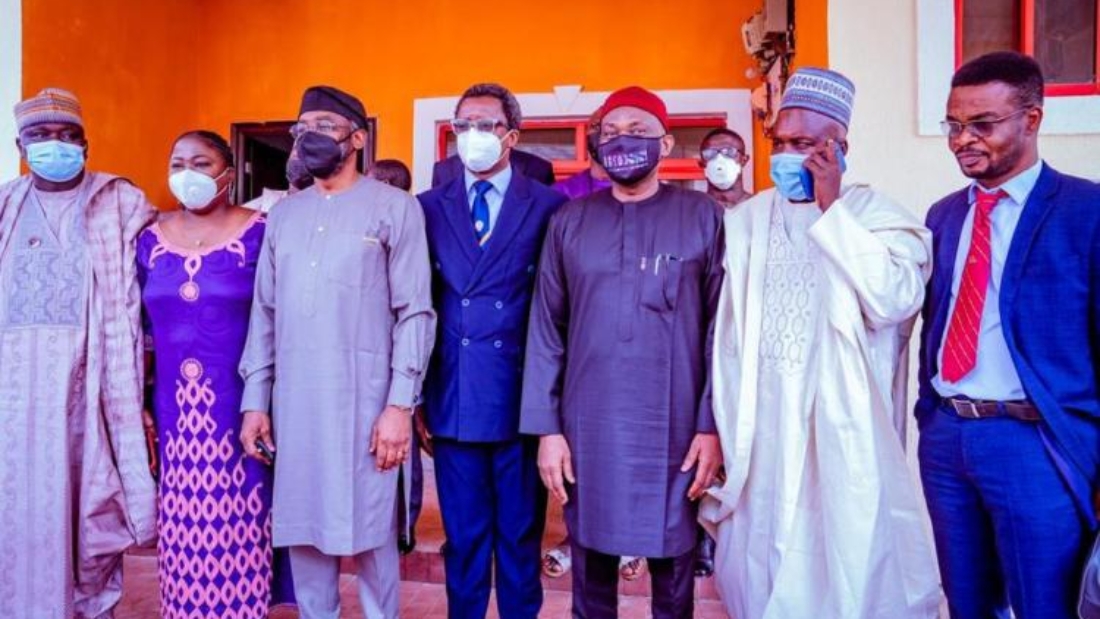 The leadership of the House of Representatives will next week meet with the Minister of Finance, Budget and National Planning, Zainab Ahmed over the industrial action by the Nigerian resident doctors in efforts for an enduring resolution of contending issues with resident doctors in the country,

Speaker, House of Representatives, Femi Gbajabiamila disclosed Tuesday that the meeting would be over how to ensure the execution of the Memorandum of Action entered into between the government and members of the National Association of Resident Doctors (NARD)

The Speaker, who meet with the executive of the National Association of Residents Doctors (NARD) led by the President, Uyilawa Okhuaihesuyi assured that the House would ensure an amicable and acceptable resolution of the contentious hazard allowance issue as well as other contentious issues.

It would be recalled that the resident doctors suspended the industrial action that began on April 1, 2021, after 10 days of its commencement.

The Speaker noted that though it was impossible to accommodate the hazard allowance in the 2021 National Budget, the House would work to ensure that it is included in the supplementary budget.

While commending the doctors for suspending the strike at the request of the House, the Speaker said, “Even the constitution talks about essential services, but there’s nothing as essential a service than that which seeks to save and protect lives.”

Saying that the House believes that “the labourer must earn his wages,” Gbajabiamila said “We’ll monitor issues being processed, the IPPIS, training fund, hazard allowances which the House championed at the peak of the Covid-19 crisis.

“All the issues will be addressed. We’re looking to come to a reasonable and acceptable hazard allowance as well as the training fund, which when the supplementary budget is introduced, we hope and expect to justify why this should be accommodated

“We will do everything we need to do to see how we can capture that.

“We are inviting Finance Minister next week so that we can talk and see how, as best as we can, accommodate all these issues and cement the Memorandum of Action”.