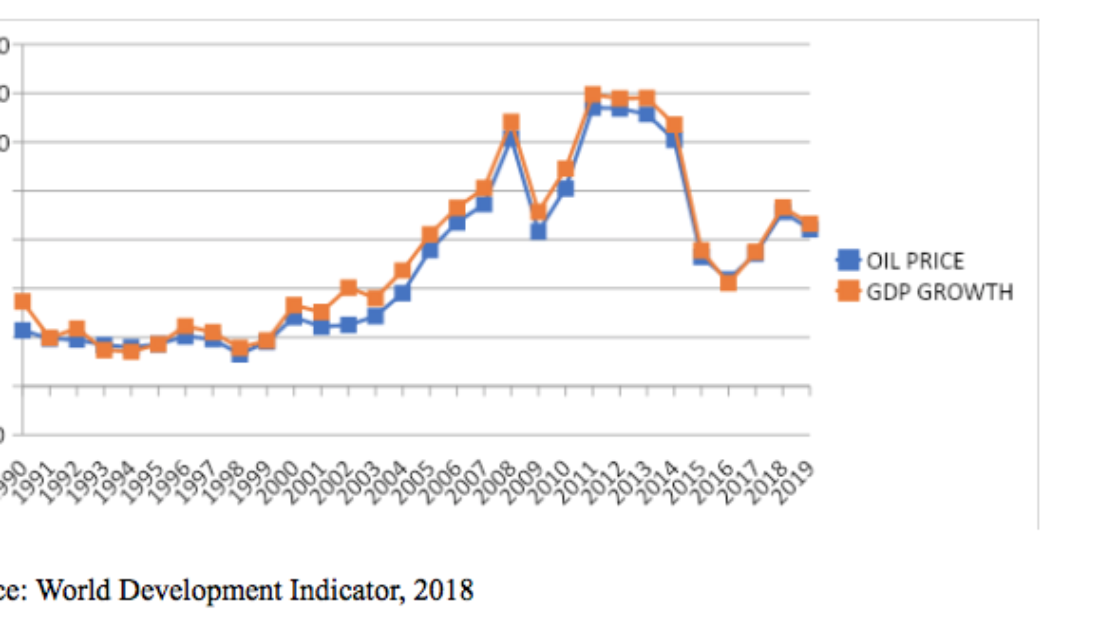 Crude oil is perhaps the most crucial commodity in the world, with the West Texas Intermediate (WTI) crude being the most traded commodity globally. The reason for this is not farfetched as oil is useful in just about every aspect of the economy, from production to transportation. Therefore, any economy that desires to grow will need oil for its activities.

The oil market might however be a bit confusing for many people who are not energy economists.
In this piece, we try to explain the dynamics of the market and how it affects households and businesses from Nigeria to other parts of the world.

Types of Crude oil: How can crude oil be sweet or sour?

Based on this classification, WTI and Brent crude is light and sweet while Dubai crude is medium-level thick and sour. Another crude oil produced in Nigeria called Bonny Light crude is also light and sweet. Among the types or grades of crude oil, the most popular is the Brent crude. Brent oil is used as a benchmark for the oil market because of the ease at which it can be processed into a product such as petrol. That makes demand for Brent more consistent than others, making it a better indicator for the global oil price.

What has been the trend in crude oil prices in 2020?

The outbreak of the coronavirus has influenced the changes in the price of oil in 2020. The lockdowns, decline in industrial activities and travel restriction resulted in a reduction in the demand for crude oil.
Therefore, industries that required crude oil for their operation did not demand much because of a decline in activities. There were also fewer cars on the road as a result of the stringent lockdown measures put in place by the government and jet fuel use was limited as there were travel restrictions.
In January, Brent crude oil averaged $63.65 per barrel, but declined to $55.66 in February and further dropping to $32.01 by March as demand plummeted.

The price war between Saudi Arabia and Russia also played a big role in triggering the price downturn.
Saudi Arabia could not convince Russia to cut oil production as other OPEC members agreed to do.
OPEC decided to cut oil production to reduce oil supply which was running far ahead of demand but Russia, a major oil producer refused to cut back on production. This went on till April when Brent crude dropped to $18.38, the lowest in 18 years.

WTI also plunged to the negative territory for the first time in history, this means that since there was excess supply or production of oil and low demand for the commodity, producers ran out of storage facilities. Therefore, producers had to pay buyers to collect crude oil from them to make available more storage space.

In May, OPEC + after much agitations agreed to cut production to prevent further harm on the world economy. Brent oil price began to rise as world economies around the world re-opened business, coupled with the resumption of air travels.

Why crude oil matters to the Nigerian economy

Crude oil is the major product that earns revenue for Nigeria which implies that Nigeria is an oil dependent economy. Oil accounts for more than 80 per cent of export and foreign exchange earnings. Prior to the discovery of oil, Nigeria’s mainstay source of revenue was agriculture. However, with the discovery of crude oil in 1958, Nigeria shifted attention away from agriculture to crude oil.

There are certain economic indicators that reveal the health of an economy. These indicators are called macroeconomic variables, some of which include gross domestic products (GDP), inflation, unemployment and exchange rate. These indicators will show at a glance whether a nation is doing well or not.

When there is a fall in crude oil price in Nigeria, government revenue declines which in turn causes government expenditure to fall. This will result in a fall in economic activities or production hereby causing GDP to decline. The GDP is the total value of goods produced and services provided in a country during one year. As a result of the reliance on crude oil proceeds, when the price of crude oil fall, oil revenue and other indicators are also affected.

The figure below shows the trend of oil movement and GDP changes in Nigeria from 1990 to 2019. The graph shows that the growth rate of Nigeria and the oil price move together in the same direction. This implies that when oil price increases, the GDP experiences a boom also and when oil price drops, GDP also drops.

This shows that the oil price dictates whether the Nigerian economy grows or not and since the price of oil is determined by factors outside the control of the country, it means Nigeria is at the mercy of whatever happens to oil price.

A recession is characterised by falling GDP, low production/manufacturing activities, rising unemployment, and falling prices of goods and services. Nigeria entered into a recession when the GDP growth rate for the second quarter of 2016 came out negative.

As earlier stated, when the GDP of a country is affected, all other indicators also will perform poorly. For instance, in 2016 when the GDP of Nigeria turned negative, inflation rate rose from 13.9% in the second quarter of 2016 to 14.2% in the last quarter of 2016. By 2017, inflation rose to 18.8% in the third quarter according to data from the National Bureau of Statistics (NBS). When inflation increases, it means the prices of goods and services would increase, hereby creating economic hardship.

The NBS also published data revealing that unemployment rate in Nigeria rose from 12.1% to 13.9% in the first and second quarter in 2016 respectively and by the last quarter of 2016, unemployment rate increased to 14.2%. This shows that oil movement influences the macroeconomic stability of oil dependent countries like Nigeria.

Inflation and unemployment increase during recession because of low economic activities. Firms lay off workers and employ less in order to cover their cost of operation.

The outbreak of the corona virus in 2020 has had severe consequences on the Nigerian economy in the last few months. While Nigeria was still dealing with the pandemic in its early stage, there was a sudden crash in the price of crude oil as a result of the price war between Saudi Arabia and Russia.
Oil price which closed at about $60 per barrel as at December 2019 fell to as low as $18 per barrel as at April 2020. This twin shock further weakened the already fragile economy. Inflation rate increased from 12.26 percent in March to 12.34 percent in April, further rising to 12.40 by May and by June it stood a 12.56 per cent according to NBS.

How does oil price movement affects household and businesses in Nigeria?

Consumers and firms are not exempted from the influence of oil price movements. Recall that Nigeria is a major oil exporter and depends largely on crude oil sales for revenue. Therefore, a higher oil price is good news for the economy because export revenue will increase. The increase in revenue means the government is better able to implement its budget whether it’s paying workers’ salaries or implementing capital projects.

Consumers tend to spend more in a period of oil price booms, which is characterised by stable incomes and creation of direct and indirect jobs. Their demand for goods and services tend to rise in this period.
The firms on the other hand will benefit from increased consumer spending which translates to higher sales of their products and services.

Conversely, when oil prices decline, there will be a decrease in export revenue and government expenditure.
Lower oil prices also put the exchange rate at risk as it exposes the naira to pressure against the dollar. Given that oil exports account for over 80 percent of foreign exchange inflows into Nigeria, a period of low oil prices tends to lead to dollar shortages, naira devaluation and higher inflation.
A devaluation of the naira is bad news for households and businesses as it often leads to higher inflation.
Many manufacturers rely on imports to produce, so when the exchange rate weakens it means higher production costs for them and that is mostly followed by a hike in the price of the goods they sell which is negative for consumers.

The higher inflation triggered by an exchange rate depreciation squeezes households who are left to contend with lower purchasing power in the face of more expensive goods and services.
This implies that households will have less income to spend on goods and services, therefore they will demand less.

The firms will also have less access to funds for investment and could lay off workers in an attempt to cover their operating costs. When firms cut back on expansion, it translates to lower economic growth.

All the above prove that the Nigerian economy will continue experiencing macro-economic instability until it can find a way to depend less on oil sales for its revenue.

The government will need to invest more in the health and education of the Nigerian citizens.
According to the United Nation Children’s Funds (UNICEF) in 2019, there are about 10.5 million out of school children in Nigeria and there are also those who are in school but receive substandard education.
Bill Gates, the co-founder of the Bill and Melinda Foundation during his visit to Nigeria in 2018 said the only way Nigeria can escape poverty and enjoy sustained prosperity is by investing in the health and education of the people. He also stated that the life expectancy in Nigeria is one of the worst in the world.
‘‘The most important choice the government can make is to maximize its greatest resources, the Nigerian people. Nigeria will thrive when every Nigeria is able to thrive’’ He said.

The agricultural sector is also a viable sector. The increase in agricultural activities will invariably lead to the development of other sectors that have linkages to the agricultural sector such as the manufacturing and textile industries due to the supply of raw materials from agriculture to feed these industries.
The tourism industry is another viable industry that could be harnessed to drive economic diversification since Nigeria is endowed with rich natural ecosystems and cultural diversity.

The telecommunication industry in Nigeria has one of the largest telecoms in Africa. The effective exploitation of this sector will bring about efficiency and productivity in the telecom sector and eventually enhance economic growth.